The Tale of Christmas Elf Magic 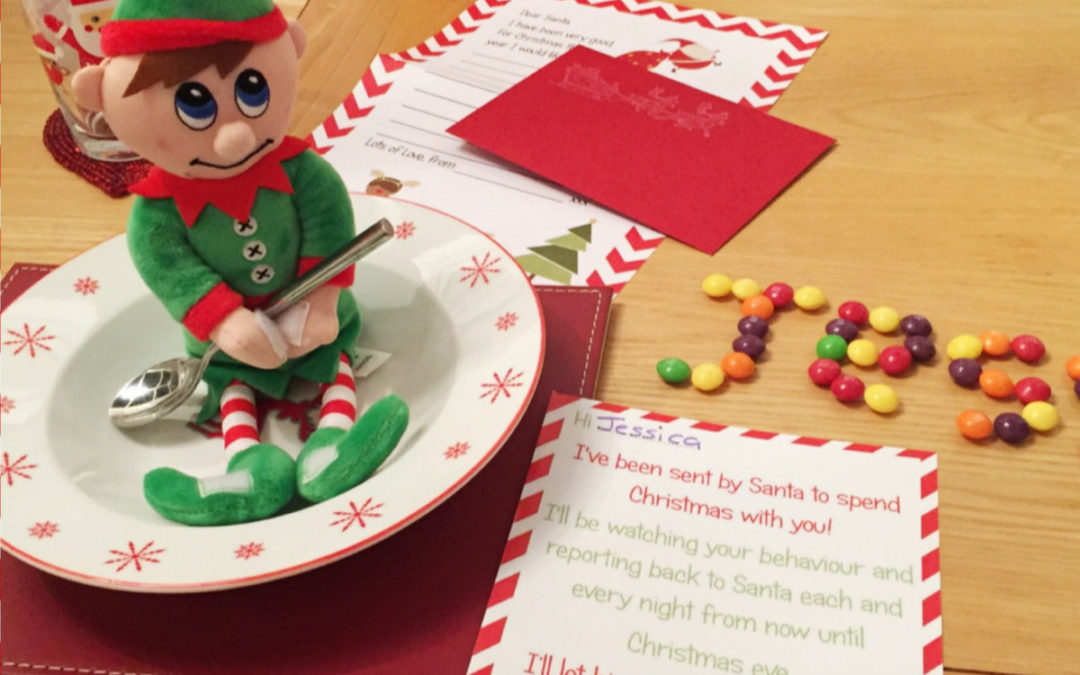 The tale of Christmas Elf Magic

My two little ones woke up on the 1st of December to what seemed like an ordinary day! Little did they know that things were going to become really fun and exciting!

They popped their heads around the corner of the living room and were greeted by two little Elf visitors, along with a letter to say they had come to stay from now until Christmas Eve….. Oh the excitement in their eyes was just priceless!

They ran to school to tell all of their friends. How special they felt now that the Elves had chosen to stay with them!

Later that day the Children arrived home from school to find the Elves had moved…… where could they be?…… They wondered up and down throughout the house, laughing and giggling trying their best to find the Elves…… had they left already? Eventually they found the cheeky Elves helping themselves to food out of the fridge!

It was time for bed, but before they go to bed the children want to pop a star onto their Elf Reward Chart for being so good today!

Upstairs they snuggle in bed with their little Elves, feeling all warm and cosy, but still smiling with the excitement that the Elves had come to stay.

The next morning they woke up and the elves were not in their beds….. ha ha off they go on the hunt again to find their cheeky Elves ….

Where can they be this time? ……………….. Uh oh it looks like they’ve been baking and have made a big mess in the kitchen, ooooh they’ve been making snow angels in the flour – what will mummy think when she see’s all this mess??

Throughout December the magical surprises continue, some days the children are left little notes from their Elves to say ‘well done’ or ‘you’ll need to try harder to go on the nice list’.

The Elves even leave Elf Report Cards to report back on the children’s behaviour. December if full of fun, mischief and Elf Antics!!

It’s time for the Children to write their Santa list, they enjoy writing down all the toys they’d love to receive and my youngest cuts out pictures and glues them onto the letter, he’s a bit young to write a Santa list.

They also colour in their picture and post them to Santa in the specially stamped envelope.

One exciting morning the Elves arrived with a very special recipes and some Christmas crafts too – The children were in their element! There’s just so much fun and memories being made this year!!

On Christmas Eve it’s time to say bye to the Elves, the children have received a bye bye letter to explain that they’ve gone back to the North Pole to help Santa. How exciting – the Children were also presented with a magical ‘Nice List’ certificates – Hooray it’s official – they’ve made it onto the nice list!

You can start your Elf adventure today and create lots of fun and excitement with your children. The Elves become like a family member, and will be talked about with excitement all year.

Can we help you with anything today?